May 07, 2020
C PROGRAMMING BASICS:
1. Introduction to C language: C language was invented in Bell Labs by Dennis Ritchie between 1972-73. C language is a case sensitive language i.e the input given to it varies according to upper and lower case letters. It is executed using binary form data such as (0,1). By using binary data the speed of executing a code increases.
1.1 Header Files:

1.2 Starting of code and basic Syntax:

This tells the computer from where the code is starting. It is wri…
Post a comment
Read more
More posts 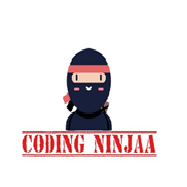